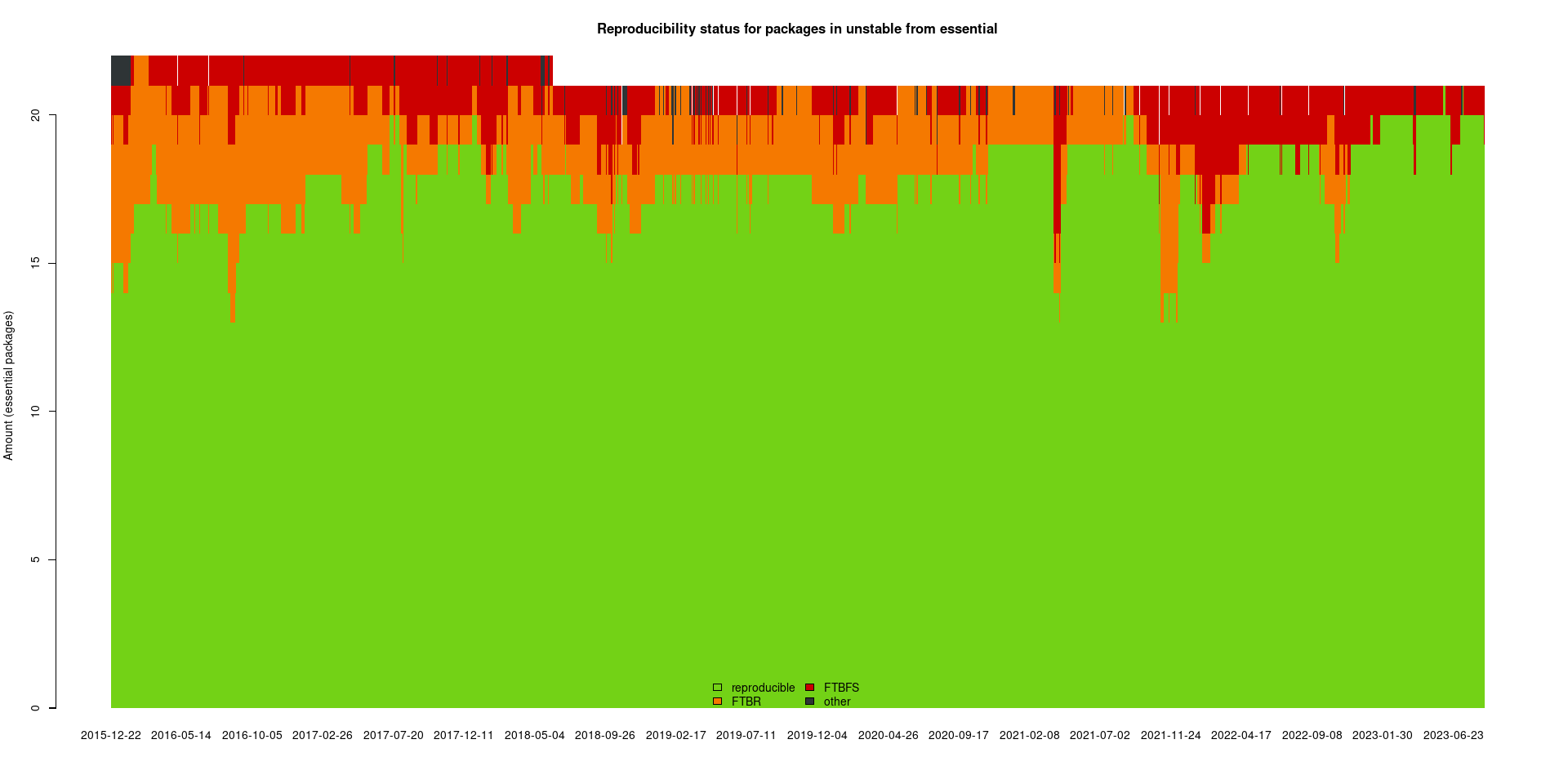 The package set essential in unstable/armhf consists of 21 packages:

This page was built by the jenkins job reproducible_html_pkg_sets which is configured via this git repo. There is more information about jenkins.debian.net and about reproducible builds of Debian available elsewhere.
Please send technical feedback about jenkins to the Debian jenkins development list, or as a bug report against the jenkins.debian.org package. Feedback about specific job results should go to their respective lists and/or the BTS.
The code of jenkins.debian.net is mostly GPL-2 licensed. The weather icons are public domain and were taken from the Tango Icon Library. Copyright 2014-2020 Holger Levsen and many others.
Last update: 2020-08-13 18:49 UTC